“The man answered and said unto them, Why herein is a marvelous thing, that ye know not from whence he is, and yet he hath opened mine eyes.” (John 9:30)

‘A “marvelous thing” in the Bible is something that generates awe or wonder. Sometimes it refers to a miracle but more often to something very unexpected and remarkable.

But the most marvelous thing of all is that unbelievers still persist in their unbelief. In our text passage the Lord Jesus Christ had just performed one of His most amazing miracles of creation—making perfect eyes for a man blind from birth. As the man testified to the frustrated Pharisees: “Since the world began was it not heard that any man opened the eyes of one that was born blind” (John 9:32). Yet, these religious intellectuals, so opinionated in their prejudices, refused to believe what they saw and heard. Similarly, “when the chief priests and scribes saw the wonderful things [i.e., ‘marvelous things’] that he did…they were sore displeased” (Matthew 21:15).

There are none so blind as those who refuse to see. One of the saddest verses in the Bible is John 1:10: “He was in the world, and the world was made by him, and the world knew him not.” And, “he came unto his own, and his own received him not” (v. 11). Even when He raised Lazarus from the dead, “the chief priests consulted that they might put Lazarus also to death; Because that by reason of him many of the Jews went away, and believed on Jesus” (John 12:10-11).

Modern “intellectuals” are still the same, rejecting the overwhelming testimony of the created complexity in the cosmos to the fact of a personal Creator in favor of an impossible scenario of chance origin. “Herein is a marvelous thing!” Such people “willingly are ignorant” and “without excuse” (2 Peter 3:5; Romans 1:20).’https://www.icr.org/article/12451/?utm_source=phplist9151&utm_medium=email&utm_content=HTML&utm_campaign=November+21+-+A+Marvelous+Thing

One wonders why anyone would send their child off to a ‘Christian’ school like BIOLA  when ‘In March of 2016, Biola hosted a conference “Love No Matter What: Politics, Sex, Race and the Way of the Cross.” Themes were LGBT rights, racial issues, capital punishment, etc. The speaker was 29-year-old, black, single Christena Cleveland, associate professor at Duke University Divinity School. She pontificated on radical causes especially pushing Biola to accept Black Lives Matter and the “Palestinians.” Remember this conference was at a major Christian University.

She is a very important person because Christianity Today said so. The magazine named her “one of 33 millennials leading the next generation of Christian faith.” God help us.’ http://donboys.cstnews.com/biola-university-has-slipped-into-the-slim-pit-of-cowardice-compromise-and-corruption

After reading the article I googled Christina Cleveland

and found an abundant amount of information. For instance, ‘…at Duke Divinity School, Christena teaches classes on race, reconciliation, and conflict, and leads a research team that is investigating self-compassion as a buffer for racial stress.’ http://www.christenacleveland.com/bio/

Those are not the courses that will help fulfill the Lord’s command in reaching a spiritually lost world with the Gospel of the resurrected Lord Jesus Christ!

The next year, 2017, Dr. Cleveland spoke at All Saints Church, Pasadena, California on Sunday, May 21, 2017.https://www.youtube.com/watch?v=tJlt1zwGZqM  All Saints Church is typical of theological liberalism. Why do I say that? One reason is this. ‘Are you looking for an absolutely fun time for a great cause? Come join us on Friday, April 20th for An Evening of Drag Queen Bingo — with all proceeds going to support our Trouvères Youth Choir on their Civil Rights Choir Tour to Birmingham, Selma, New Orleans, Memphis, and Ferguson/Saint Louis in June, 2018.

Sweetland Hall will be all decked out for the event and our Bingo caller will be the awesome Roxy Wood! 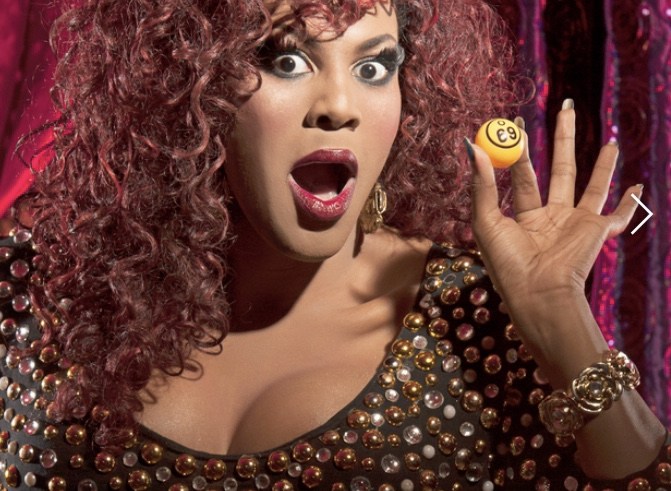 Arrival is 6:30pm and the games are played from 7-9pm. The cost is $35 for adults and $20 for children and youth 18 and younger. Your entrance fee includes cards for 10 games, beverages, and appetizers/snacks. Additional cards and adult beverages are available with cash.’ https://allsaints-pas.org/an-evening-of-drag-queen-bingo-fundraiser-for-trouveres-choir-tour/

Sadly, many once fundamental schools and churches have gone the way of BIOLA. They are inviting liberals, if not out and out unbelievers, to speak to their students thinking they are being relevant! This ought not to be. Paul wrote that we are to ‘…mark them which cause divisions and offences contrary to the doctrine which ye have learned; and avoid them’ Romans 16:17. Matthew Henry rightly commented on this verse writing ‘Whatever varies from the form of sound doctrine which we have in the scriptures opens a door to divisions and offences. If truth be once deserted, unity and peace will not last long. Now, mark those that thus cause divisions, skopein. Observe them, the method they take, the end they drive at. There is need of a piercing watchful eye to discern the danger we are in from such people; for commonly the pretences are plausible, when the projects are very pernicious. Do not look only at the divisions and offences, but run up those streams to the fountain, and mark those that cause them, and especially that in them which causes these divisions and offences, those lusts on each side whence come these wars and fightings. A danger discovered is half prevented.’

Today’s Christianity has become soft on Biblical separation and it shows by those with whom they fellowship. Now, some have not gone as far as BIOLA but they are seeking to be culturally relevant while losing their saltiness.

The Gospel has always been relevant and as Paul so aptly wrote under the moving of God’s Holy Spirit ‘…that, knowing the time, that now it is high time to awake out of sleep: for now is our salvation nearer than when we believed’ Romans 13:11.

What does Darwin’s Home tell us?

Recently Thomas Fretwell ‘…decided to pay a visit to the family home of Charles Darwin.

Down House lies nestled in the beautiful Kentish countryside of southern England. This fabulous residence housed the eminent naturalist, his wife and ten children for a period of forty years. It was here that he conducted much of his research and developed his theory of evolution by natural selection. It was in the study at Down House that he wrote his most influential work, On the Origin of Species. The house today is a museum run by English Heritage and still features many of the original decorations and furniture from his time, as well as a good selection of exhibitions and equipment relating to his scientific work.

Of course, given that this was the home of Charles Darwin, I was prepared for the

onslaught of evolutionary propaganda, which began as soon as I entered the house. Purchasing my ticket from the gift shop, I was left to peruse the large bookshelf of contemporary works on evolution by some of today’s most prominent atheistic scientists. The narration on the audio device used on the guided tour is by none other than naturalist extraordinaire, Sir David Attenborough. However, those looking for a display of scientific evidence to support Darwin’s theory will be disappointed, finding nothing more than a few musings from his personal journals and a taxidermy display of the oft-used ‘proof’, the Galápagos finches.

Some of the most significant influences on the ideas of Charles Darwin were those of geologist Charles Lyell. This is clearly reflected at Down House. Hanging above the

mantel in Darwin’s study is an engraved portrait of Lyell, testament to the profound impact he had on Darwin’s life. Elsewhere in the house is the first edition of Lyell’s book Principles of Geology which Darwin took with him on the Beagle voyage (1831–1836). Lyell promoted the view known as uniformitarianism, meaning he assumed that geological processes observed today had operated essentially in the same way and at the same rates in the past. Thus the slow erosion of river valleys seen today, or the gradual depositing of sediments, were understood to indicate that deep valleys and extensive sedimentary rock strata must have been formed slowly over millions of years. According to this view, the rocks provide a picture of Earth’s long history, and one of a slowly changing world, with fauna and flora appearing and disappearing over long periods of time. This provided the ‘bedrock’ upon which Darwin could build his theory of evolution, which posited natural selection as the mechanism by which new species arose. However, it is crucial to note that the Lyellian view of geology was not a theory derived solely from geological observation and scientific enquiry. Rather, there was an ideological bias involved too; as Lyell himself admitted, he wished to “free the science [of geology] from Moses” (see here).1

Perhaps the most telling part of the museum displays is the section that addresses the subject of evolution and Christianity. It is here that the anti-Christian nature of the worldview of Darwinism becomes visible. In a prominent section of the museum, a large 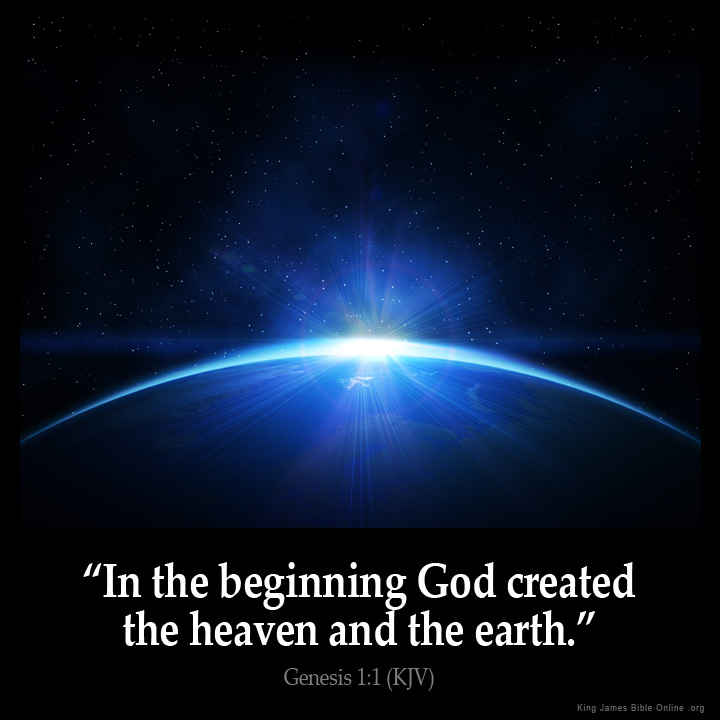 banner with the title ‘Darwinism versus Christianity?’ poses this question to museum visitors:

“It is possible to accept Darwin’s theory and to believe in a God or gods. Why then did some Christians reject it?”

This might seem like a conciliatory statement, until you read the answer on the banner just below:

“One reason is that it is not possible to see the Book of Genesis as the literal story of creation and accept Darwin’s theory of evolution.”

In other words, it is possible to be a Christian and accept Darwin’s theory, but only if you are willing to reject the history found in the book of Genesis. It is pivotal that Christians understand this message: it is either Darwin or Genesis. Trying to have both means that Genesis must be reinterpreted. Those who tread this path have basically placed the words of Charles Darwin above the Word of God—there is simply no way of avoiding the charge of compromise. So, right at the heart of the Down House museum we have a perfect example of the underlying issue in the Creation/Evolution controversy: the authority of the Word of God.

As I left the house I thought of all the thousands of people, including many children on school trips, who would read these signs and take this message as truth. Darwin is so revered in our culture and education system that many consider evolution as an almost sacred doctrine. The final banner I saw was a quote from Darwin:

“I’m sorry to inform you that I do not believe in the Bible as divine revelation, and therefore not in Jesus as the son of God.”2

Make no mistake this is the message of Down House! This is why Christians need to be equipped to respond to the challenges of evolution and raise up a generation of Christians who will stand on the authority of the Word of God.’ http://creation.com/on-holy-ground-down-house?utm_source=streamsend&utm_medium=email&utm_content=29174697&utm_campaign=Are%20you%20%27just%20a%20New%20Testament%20Christian%27?%20-%20AU

It’s too late for Darwin who willingly rejected God and His provision of eternal life through faith in the Lord Jesus Christ. However, it is not too late for you. Jesus said “I am come a light into the world, that whosoever believeth on me should not abide in darkness. 47 And if any man hear my words, and believe not, I judge him not: for I came not to judge the world, but to save the world. 48 He that rejecteth me, and receiveth not my words, hath one that judgeth him: the word that I have spoken, the same shall judge him in the last day. 49 For I have not spoken of myself; but the Father which sent me, he gave me a commandment, what I should say, and what I should speak. 50 And I know that his commandment is life everlasting: whatsoever I speak therefore, even as the Father said unto me, so I speak” John 12: 46-50. Don’t be as foolish as Darwin!