Who votes for a person who Defends Infanticide but says the “Infant Would be Resuscitated If That’s What the Mother Desired”?

The story is at https://www.faithwire.com/2019/01/30/virginia-democrats-propose-bill-that-allows-abortion-up-to-moment-of-giving-birth/

When Islamic terrorists strike Western nations those Muslims living in those Western nations tell us ‘that’s not Islam’! Well, is Pakistan’s style of Islam the real Islam? Is the Islam of Saudi Arabia true Islam? Is Iran’s Islam authentic Islam? However, there is now good news from an Islamic nation and that news concerns the Pakistani Christian woman that was sentenced to death under Islamic law but later acquitted. That good news is that ‘The Supreme Court of Pakistan has rejected a challenge to its acquittal of Asia Bibi on blasphemy charges, ensuring the Christian mother can finally join her daughters in Canada.

In 2009, the farm worker and mother of five from the small town of Itan Wali was arrested for blasphemy over an argument with some Muslim co-workers who allegedly claimed they couldn’t drink from a cup she had touched, as her Christian faith

contaminated it. She was accused of making offensive comments about the Prophet Muhammad in the ensuing argument, in response to claims she should convert to Islam.

Bibi was subsequently beaten and allegedly raped at her home, during which her attackers coerced a blasphemy confession out of her. She was convicted in 2010 and sentenced to death by hanging. The case quickly garnered international attention, with groups such as the American Center for Law and Justice (ACLJ) fighting on her behalf.

In October, the Supreme Court of Pakistan overturned Bibi’s conviction and authorized her immediate release. “Blasphemy is a serious offence but the insult of the appellant’s religion and religious sensibilities by the complainant party and then mixing truth with falsehood in the name of the Holy Prophet Muhammad (Peace Be Upon Him) was also not short of being blasphemous,” Judge Asif Saeed Khan Khosa wrote.

The ruling sparked violent protests, and while Bibi was technically free she remained in grave danger, and she and her family had to spend this past Christmas in protective custody in an undisclosed location.

The Supreme Court upheld its October ruling on Tuesday, dismissing a challenge of it for lack of merit, the Catholic Herald reports.

“I feel huge admiration for the Supreme Court justices who, by taking this decision, have been willing to put the rule of law above every other consideration,” Liverpool human rights campaigner Lord Alton said. “We cannot forget that Asia Bibi’s case is one of many, and that, by some estimates, more than 70 people are currently on death-row for alleged blasphemy crimes.”

Bibi was elated by the news that she’ll soon be able to go to Canada to finally be with her daughters, according to a friend speaking anonymously to the Associated Press. She reportedly speaks with them daily, and has been worried for her 19-year-old who struggles with unspecified learning challenges.

“I am really grateful to everybody. Now after nine years it is confirmed that I am free and I will be going to hug my daughters,” Bibi said, according to the friend.’ https://www.lifesitenews.com/news/christian-mom-jailed-for-blaspheming-mohammed-heading-to-canada-after-court

Mr. Bean at the Hospital!

“Having trapped his hand in a teapot, Mr Bean arrives at the hospital in his mini and blocks an ambulance in. He has a fight with a lady in bandages as he tries to jump the queue to be seen first. From the 13th Mr Bean programme ‘Goodnight Mr Bean’.”

Is there life on other planets? Nah!

A Little Information about the Australian who invented Vegemite

There are certain foods one must grow up eating. Vegemite is such food for it has its own particular smell and taste! Anyway, ‘THE tiny town of Beaufort, Victoria, has a well kept secret, and it tastes like an

Ten minutes north of Beaufort, in Chute, the man who invented Vegemite was born and raised.

Cyril Callister was born in 1893 and spent his early years there in a house that is still standing.

The fact is not widely known but the Beaufort Progress Association wants to change that – beginning with Australia Day 2019.

“With Australia Day coming, what do we all think about?” Association president Liza Robinson said. 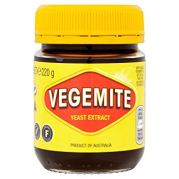 Beaufort’s cafés and hotels will be offering Vegemite-themed food, including Vegemite flavoured sausages, cheese and Vegemite scrolls, and more.’ https://www.theland.com.au/story/5862663/celebrate-the-man-who-invented-vegemite/?src=rss&utm_email=1ec342a17f&utm_source=The+Land+Newsletters&utm_campaign=e88cb54e2d-newsletter&utm_medium=email&utm_term=0_ade9099b1a-e88cb54e2d-114568689

Beaufort Progress Association members Liza Robinson and Sarah Beaumont with the iconic product outside the first home of its inventor.

If the Association of Baptists for World Evangelism had handled this properly and Biblically this man would have been in jail many years ago. However, due to ABWE’s neglect, he will never go to jail for his crimes.

ABWE’s Cover-up of a Pedophile Doctor

Australia’s Section 18C, Islam and the loss of Freedom of Speech

Islam, Europe and the Freedom of Speech