Unshackled is a true Christian story dramatized for radio and heard each Friday on CrossTalk right after the 3pm news (Australian Eastern Time). It may also be heard on the web at http://989warfm.com/.  Unshackled is produced by the Pacific Garden Mission, Chicago, IL.

BIRDS OF A FEATHER FLOCK TOGETHER 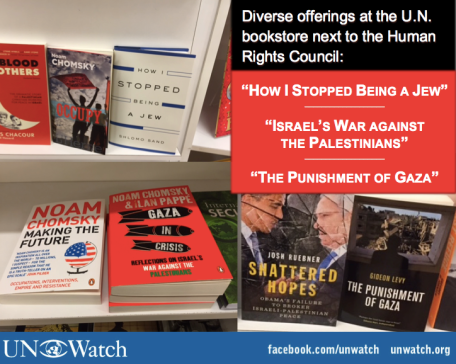 WHAT DOES OBAMA AND THE UN HAVE IN COMMON?  If you answered “Hate for Israel” you would be right!

Is this simply hypocrisy or is it just plain hate for and determination to destroy America?!

HOW TO HANDLE IRAN’S NUCLEAR WISH

Not sure if this is the way the Iran nuclear deal should be settled but thought this ought to be posted before Obama’s censorship of the Internet went into effect.

IS THERE ANYTHING GAY ABOUT GAY MARRIAGE?

The following is from a girl reared by two lesbians. She is taking a stand that will not win her many friends.

“A WOMAN raised by two lesbians has come out against gay marriage and defended Dolce & Gabbana’s views on traditional families.

Heather Barwick’s mum left her father when her daughter was two or three and moved in with a woman she was in love with.

Barwick says her dad “wasn’t a great guy, and after her mum left him “he didn’t bother coming around anymore.”

While she says she feels very much like a “daughter of the gay community”, she says she has changed her view on gay marriage and doesn’t believe it should be allowed.

“I’m writing to you because I’m letting myself out of the closet: I don’t support gay marriage. But it might not be for the reasons that you think. It’s not because you’re gay. I love you, so much. It’s because of the nature of the same-sex relationship itself,” she said. “Same-sex marriage and parenting withholds either a mother or father from a child while telling him or her that it doesn’t matter. That it’s all the same. But it’s not. A lot of us, a lot of your kids, are hurting. My father’s absence created a huge hole in me, and I ached every day for a dad. I loved my mum’s partner, but another mum could never have replaced the father I lost.”

“Growing up, and even into my 20s, I supported and advocated for gay marriage. It’s only with some time and distance from my childhood that I’m able to reflect on my experiences and recognise the long-term consequences that same-sex parenting had on me,” she said. “It’s only now, as I watch my children loving and being loved by their father each day, that I can see the beauty and wisdom in traditional marriage and parenting.”

“I’m not gay, but the relationship that was modelled before me was a woman loving a woman. So I’ve struggled as an adult figuring out how to be in a relationship with my husband,” she said. “It really wasn’t until I came to Christ that I felt that burden lifted off of me. And I’m not bitter. I’m not angry,’ she said. ‘I forgive my dad.”

Barwick then pleads with the gay community not to misinterpret her opposition to gay parenting as homophobia.

“This isn’t about hate at all. I know you understand the pain of a label that doesn’t fit and the pain of a label that is used to malign or silence you. And I know that you really have been hated and that you really have been hurt. I was there, at the marches, when they held up signs that said, “God hates fags” and “AIDS cures homosexuality.” I cried and turned hot with anger right there in the street with you. But that’s not me,” she said. “I know this is a hard conversation. But we need to talk about it. If anyone can talk about hard things, it’s us. You taught me that.”

Barwick has also signed a letter by a handful of children raised by gay and lesbian parents who have supported comments by designers Dolce & Gabbana where they espoused the need for “traditional families”.

“We want to thank you for giving voice to something that we learned by experience: Every human being has a mother and a father, and to cut either from a child’s life is to rob the child of dignity, humanity, and equality,” the six of them wrote. “You have given us great inspiration as all six of us prepare to submit letters to the US Supreme Court against gay marriage.”

Recently watching some youtube videos of cars being stopped at Inland Border Patrol Checkpoints some Google research was done to see whether this act was legal or not. Here are a couple of things found.

“Border Patrol agents are granted authority to question the occupants of vehicles traveling through an established checkpoint based on U.S. vs. Martinez-Fuerte. That was a 1976 Supreme Court decision that said permanent or fixed checkpoints set up by the U.S. Border patrol on public highways leading to or away from the Mexican border are not a violation of the Fourth Amendment.

Congress also gave the Department of Homeland Security authority, through the Immigration and Nationality Act, to conduct searches within a “reasonable distance” of the border, which DHS defines as 100 miles.

Hines points out, however, that federal laws and regulations are subordinate to the Constitution.

So it seems you are within your rights not to answer the Border Patrol agent at an internal checkpoint (this doesn’t go for actual borders!), but the agents are also within their rights to ask you about your citizenship. At least for a while. After that, they’d need probable cause to detain you.”

Also “”Border Patrol agents at checkpoints have legal authority that agents do not have when patrolling areas away from the border. The United States Supreme Court ruled that Border Patrol agents may stop a vehicle at fixed checkpoints for brief questioning of its occupants even if there is no reason to believe that the particular vehicle contains illegal aliens. The Court further held that Border Patrol agents “have wide discretion” to refer motorists selectively to a secondary inspection area for additional brief questioning. In contrast, the Supreme Court held that Border Patrol agents on roving patrol may stop a vehicle only if they have reasonable suspicion that the vehicle contains aliens who may be illegally in the United States—a higher threshold for stopping and questioning motorists than at checkpoints. The constitutional threshold for searching a vehicle is the same, however, and must be supported by either consent or probable cause, whether in the context of a roving patrol or a checkpoint search.“

When the United States has a man in the Oval Office whose own US citizenship is questioned all this makes sense; or does it?  Whatyareckon?

SAME SEX MARRIAGE AND THE CHILDREN

This is the ad the Australian government funded SBS found offensive and would not show!

“TWO opposing commercials were booked this month on SBS, the broadcaster we pay $287 million a year to make us more civilised.

Guess which was banned for offending good taste?”

“Israel Now News is a creative and innovative weekly TV news magazine presenting a unique perspective of Israel’s current events, politics, and culture to an English speaking audience. Israel Now News consists of a dynamic format offering its viewers an exciting educational experience unparalleled by any other news source.
Israel is consistently at the mercy of the international media and foreign coverage of the conflict over the Holy Land is rarely unbiased. It is important that Christians worldwide have an unprejudiced source of news about Israel. Israel Now News is an unbiased weekly news source designed to educate and embolden Christians to take an active role in prophecy and to stand with Israel.”

WHAT WILL OBAMA DO NOW?

Despite Obama’s interference, V15, missions spent by the State Department and Obama’s Jews at the New Israel Fund and Alisa Doctoroff, Karen Adler, the Carole Zabar, the Bronfman Foundation etc, : David Hochberg, The Jewish Communal Fund,Edith Everett, Rosenzweig Coopersmith Foundation, Max and Andre Leichtag, Geoffrey Biddle, David Eisner, President and CEO of Repair the World, the Leichtag Foundation, the Kathryn Ames Foundation, and so many others — the good triumphed.”
http://pamelageller.com/2015/03/netanyahu-declares-victory-%D7%91%D7%A0%D7%99%D7%9E%D7%99%D7%9F-%D7%A0%D7%AA%D7%A0%D7%99%D7%94%D7%95-on-twitter-against-all-oddsa-great-victory-for-the-likud-a-major-victory-for-the-people-of-is.html/ 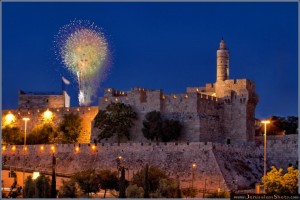 The New Face of Anti-Semitism on Campus

Note, at about ten minutes into the film one hears those words which tell us what this is all about!