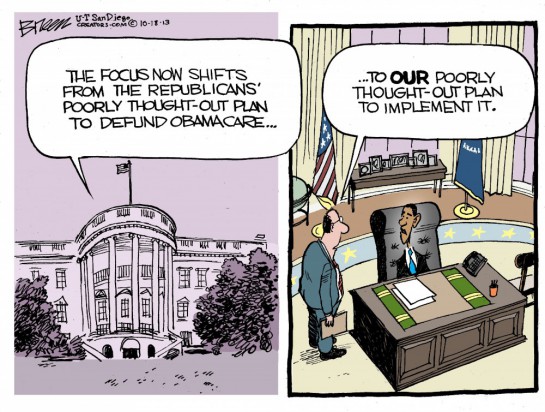 Does anyone today really know what the difference is between these two party’s?

Recently I was sent a sermon preached by a man who is filling in for another minister who is on  “a 3 month vicar swap”.  I read the sermon and almost immediately this man openly declared where he was theologically. In the third paragraph of his “sermon” he mentions positively The Jesus Seminar’s Marcus Borg. Borg is a fulfillment of the words of 1Timothy 4:1 “Now the Spirit speaketh expressly, that in the latter times some shall depart from the faith, giving heed to seducing spirits, and doctrines of devils”. Borg and all apostates preach another gospel.

There are several other things this visiting minister said in that sermon that shows he is in the same theological apostate camp as Borg. He said “salvation is occasionally about an afterlife-but most of the time it is not.” He goes on to say “So also saved and saviour are not primarily about being saved from our sins so we can go to heaven.”  Basically what this man believes is that the main thrust of salvation is political and as such “has two focal points justice and peace.”

Considering the justice of which he speaks; he says that some justice issues today are “human rights, gender equality, sexual orientation, and the environment”. This is typical of one who has departed (apostatized) from the faith which was once delivered unto the saints. In fact this visiting minister had a billboard placed in front of his own church the Christmas of 2012 which depicted the baby Jesus in a crib with a halo of rainbow colours. This man was asked about this depiction and he said Jesus may have been ‘gay, maybe not. Does it matter?’” That is blasphemous but typical of apostasy!

Men such as Borg and a multitude of others like him are described by Jude in his small but practical and pointed book. Jude describes the apostate well. In verse 4 Jude tells us that these apostates are men who have “crept in unawares”. These three words are one Greek word and is only used here. It speaks of one who settles alongside, to lodge stealthily, unnoticed. They act like and look like a believing Christian.

These are those of whom Paul speaks in Acts 20: 29 who are “grievous wolves” and “enter in among you, not sparing the flock.” These wolves have crept into the churches via the side door unawares with the very intent of teaching another gospel. The apostates are “ungodly men, turning the grace of our God into lasciviousness, and denying the only Lord God, and our Lord Jesus Christ.”

God’s Word tell us in Genesis “that Cain brought of the fruit of the ground an offering unto the LORD. And Abel, he also brought of the firstlings of his flock and of the fat thereof. And the LORD had respect unto Abel and to his offering: But unto Cain and to his offering he had not respect.” Why? It was because Abel had faith whereas Cain did not and Abel’s sacrifice was a blood sacrifice whereas Cain’s was not! Today’s apostate is the same as Cain!

As Jude says these apostates are likened to the Israelites which the Lord destroyed because they “believed not.” The apostate lacks saving faith. They know intellectually the truth but willingly reject it. Then Jude compares the apostate to “the angels which kept not their first estate, but left their own habitation”. They openly rebelled against God and because of that they are “reserved in everlasting chains under darkness unto the judgment of the great day.” There is a judgment day coming for the apostate. They do not have saving faith for they have rebelled and denied “the only Lord God, and our Lord Jesus Christ”. The apostate may be the most likeable person in the crowd but they are a rebel and in open opposition to God and God’s Word.

The apostate is also like  “Sodom and Gomorrha, and the cities about them in like manner, giving themselves over to fornication, and going after strange flesh, are set forth for an example, suffering the vengeance of eternal fire.” They defend the sodomite life and many of them give themselves over to such “strange flesh”.  As we draw closer to the coming of our Saviour in the air the the louder will some who claim to be evangelical defend the sodomite life; showing by this that they themselves are apostate. Note 1Co 6:9 – 11 “Know ye not that the unrighteous shall not inherit the kingdom of God? Be not deceived: neither fornicators, nor idolaters, nor adulterers, nor effeminate, nor abusers of themselves with mankind,  10 Nor thieves, nor covetous, nor drunkards, nor revilers, nor extortioners, shall inherit the kingdom of God.  11 And such were some of you: but ye are washed, but ye are sanctified, but ye are justified in the name of the Lord Jesus, and by the Spirit of our God.” NOTE, “such WERE some of you BUT” you are no longer. This includes no longer being effeminate not an abuser with mankind. There has been a heart and life change through faith in the person and work of Christ.

Surprisingly the apostate is also a separatist. Yes, you read that correctly. Jude says they “separate themselves, sensual, having not the Spirit.” The apostate is a separatist but the wrong kind. He has separated from godliness and from God’s Spirit but is separated unto sensualness and have “the spirit of this world”.

However, Jude does not leave those of us who know the Lord Jesus Christ in despair. As the apostate so often receives the accolades of the world Jude tells us to be “building up yourselves on your most holy faith, praying in the Holy Ghost, Keep yourselves in the love of God, looking for the mercy of our Lord Jesus Christ unto eternal life. And of some have compassion, making a difference: And others save with fear, pulling them out of the fire; hating even the garment spotted by the flesh.”

To God be the glory!

THE LARGEST CAUSE OF DEATH IN THE USA!

Obama and his ilk continue to pour more taxpayers dollars into the murderous misnomer called Family Planning! Perhaps the US government should shut down until this murder of the unborn is stopped!

We have had a lot of kangaroos in the back paddock this year. This isn’t a long video but I hope you enjoy, especially if you live where you do not get the opportunity to see them.