Drag Queen story time is sadly occurring in more and more Australian Public libraries! Here, is just one of the many stories told by a parent.

I was one of those parents, bringing my kids to choose a few books. And like many other parents, I scrolled on my smart phone while waiting, catching up on news… until my 8-year-old son interrupted my peace.

He dragged and pushed me, insisting that he wanted to show me something important. 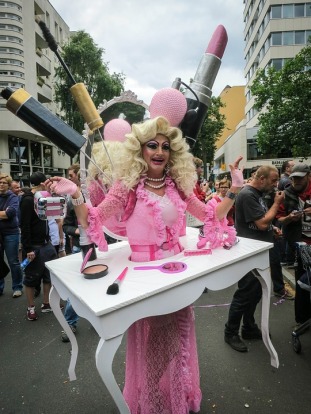 Feeling reluctant, I followed him, uninterested… until he brought me to a poster – DRAG QUEEN STORY HOUR: Join Drag Queen Annie to celebrate Midsumma with stories, songs and craft about diversity and being yourself – 22 January. All ages welcome!

This is not the first time Wyndham Council’s Plaza Library has hosted a Drag Queen Story Hour. About the same time last year, the library had a similar event featuring the same Drag Queen. The Story Hour this year, scheduled on 22 Jan, was fully booked, with many children put on a waiting list. According to the Program Coordinator at the Plaza Library, the Story Hour last year was popular and well received by many including people from diverse cultural backgrounds.

There is a disturbing reality – parents do not know there’s a hidden agenda behind Drag Queen Story Hour, nor do they understand the negative influence Drag Queens can bring to their children. Many parents see it as one of the Council-run children’s rhyme times and story times, or one of the children’s programs where they can “rest” while someone entertains their kids. Unfortunately, without their knowing, the Drag Queen who entertains their kids is more than someone dressing up as Peppa Pig or Elsa. Many parents do not realize that in the eyes of their children, the Drag Queen “is” a woman with a male low voice and is “entertaining”. Yet at the same time the kids are confused – Why would a man dress as a woman? Is “she” a man or a woman? Can I also dress up as a boy or a girl (cross-dressing)? Can I also put make up on?…etc. At the end, a “fun” Drag Queen Story Hour plants a seed of the Rainbow ideology into the hearts of many innocent children.

Therefore, as well as mobilising our supporters to write to the library, today, I was joined by over a dozen concerned parents holding a Peaceful Protest outside the library where the Drag Queen Story Hour was held.

To MAKE A STAND against “Drag Queen Story Hour” for children.

To INFORM parents about the hidden agenda behind the story hour.

To PRAY for those innocent children and parents at the story hour.

Despite being stared at and verbally abused, we continued our peaceful protest holding up signs and praying, making sure the librarians and the parents got our message.

Today’s protest won’t be the last. We want to see more parents understand the influence of the radical left has on their children. We want to mobilize more brave parents like those who joined me in the protest. We want to train more of the younger generation like my 8-year-old to discern right from wrong. Together, we are starting a grassroots movement that puts God’s Truth and Christian values back in the mainstream. It’s a countercultural movement that needs you and I to actively participate in to protect our children.’ https://www.acl.org.au/blog_jy_dqstdemo?utm_medium=email&utm_campaign=eNews%2022%20January%202020&utm_content=eNews%2022%20January%202020+CID_f82a7f8c0633f579e720fed2cf57b6df&utm_source=CreateSend&utm_term=Peaceful%20demonstration%20%20Drag%20Queen%20Story%20Hour%20%20read%20Jasmines%20blog