Posted by whatyareckon on May 28, 2022
Posted in: Uncategorized. Leave a comment

Don’t usually trust billionaires but Musk seems to make sense in many areas.

CNBC twisted exclusive comments it received from Tesla CEO Elon Musk to make it seem like he’s a gun control activist but buried his overall support for the Second Amendment.

Musk reportedly emailed a number of comments about guns to CNBC following the mass murder of children and teachers at an elementary school in Uvalde, Texas. CNBC’s May 25 headline on its exclusive story read as follows: “Elon Musk backs ‘tight’ background checks for all gun sales in wake of mass shooting in Texas.” 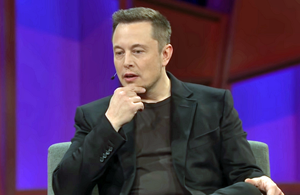 However, readers wouldn’t know until the 10th paragraph that Musk actually voiced support for gun rights writ large. “’I strongly believe that the right to bear arms is an important safeguard against potential tyranny of government,’” CNBC quoted Musk as saying. “’Historically, maintaining their power over the people is why those in power did not allow public ownership of guns.’”