Posted by whatyareckon on May 4, 2022
Posted in: Uncategorized. Leave a comment

When the Left eats the Left; thankfully there won’t be much Left over!

Will the new Disinformation Governance Board be forced to label mockery of it as disinformation? They might have to because at this point there is such widespread mocking of that new section of the Department of Homeland to Security that it could well be laughed out of existence. One measure of how popular the mockery of what is being called the updated “Ministry Of Truth” is that even Politico is laughing at it. 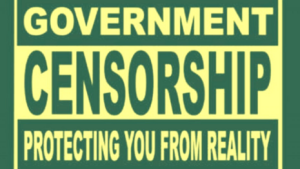 On Wednesday, DHS Secretary Alejandro Mayorkas announced at a House hearing the formation of a Disinformation Governance Board, which will carry the agency’s fight to a new front. The board will battle disinformation.