THE LGBTQ CROWD HAVE ROBBED THE RAINBOW OF ITS REAL MEANING 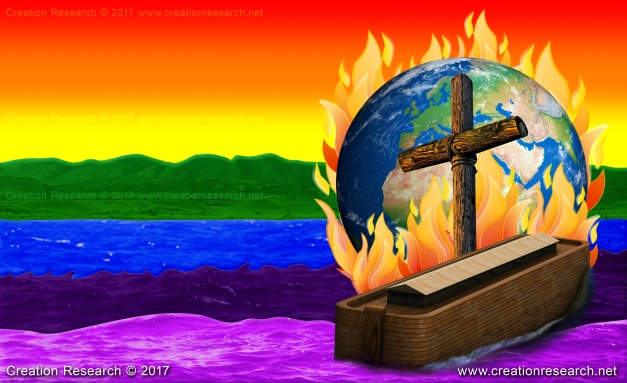 This is the first mention of the (rain)bow in Scripture. It is interesting that the introduction of the rainbow follows God’s judgement of a world wide flood upon a human populaton whose ‘thoughts of his heart was only evil continually’ Genesis 6:5. One of those ungodly thoughts of the heart undoubtedly included sodomy.

Also in Chapter 9 God said ‘the waters shall no more become a flood to destroy all flesh.’ In other words world wide judgment for mans sinfullness will not come again via a world wide flood and the rainbow is a sign from God Himself to mankind to that fact.

So did the flood eradicate the sinfulness of mankind? I think not! Because this discussion is concerning the sin of sodomy the Bible tells us in Genesis 18 that the Lord said to Abraham ‘…Because the cry of Sodom and Gomorrah is great, and because their sin is very grievous’ Genesis 18:20.  The destruction of the origianl habitation of sodomites was destroyed not by water but via ‘brimstone and fire from the LORD out of heaven.’

This gives us a clue as to how God is going to judge the sins of unrrepentant mankind in the end. As Peter states in his Second Epistle, Chapter 3 and verses 6, 7 ‘Whereby the world that then was, being overflowed with water, perished: 7 But the heavens and the earth, which are now, by the same word are kept in store, reserved unto fire against the day of judgment and perdition of ungodly men.’

These present day LGBT folk are playing with fire. They have taken that (the rainbow) which God Himself had set forth as a token of the covenant between Himself and the earth in which He would never again destroy the world through a world wide flood AND are seemingly mocking Him! Nevertheless, as God’s Word says ‘Be not deceived; God is not mocked: for whatsoever a man soweth, that shall he also reap’ Galatians 6:7.