Posted by whatyareckon on January 4, 2023
Posted in: Uncategorized. Leave a comment

“With friends like these, who needs enemies?” is an observation attributed to the late comedian and New York Post “Strictly for Laughs” columnist Joey Adams.

After the Dec. 22 betrayal by 18 Senate Republicans of their House GOP colleagues—to say nothing of Republican voters—in inexplicably helping Democrats ram through a disgracefully pork-laden $1.85 trillion omnibus spending bill, Adams’ quote should be “revised and extended”—to borrow some Congress-speak—to “With Republicans like these, who needs Democrats?” 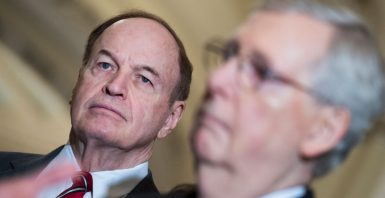 As the curtain rises Tuesday on the GOP-controlled House in the 118th Congress, there still hasn’t been a plausible—much less defensible—explanation for why those 18 Senate Republicans would willingly…