Posted by whatyareckon on December 28, 2022
Posted in: Uncategorized. Leave a comment

Love you if a Leftist but hate if not!!!!

Once Elon Musk took over Twitter and started mocking the liberal media, the liberal media was bound and determined to portray him as ruining his reputation. On Christmas morning, the headline on the front page of The Washington Post was “Musk’s Twitter drama depletes his stature: Erratic leadership spurs a crisis of confidence across tech empire.” 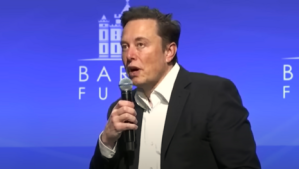 The story began with an unnamed Twitter employee challenging Musk when he said Twitter’s code needed a complete rewrite: “One of the participants asked what he meant — pushing for him to explain it from top to bottom.” Musk then apparently said “Amazing, wow…You’re a jackass…what a moron.” Then Siddiqui added: “The incident highlights the new reality facing…