How To Kill Whales With Offshore Wind

Posted by whatyareckon on September 29, 2022
Posted in: Uncategorized. Leave a comment

OK to kill a whale if saving the planet!!

Just push them into traffic. The collision deaths would not be directly attributable to the wall of noise created by the OSW project, so who would know?

Let’s focus on the monster Virginia phase 1 OSW project, even though the other ten or so East Coast projects multiply the threat. Note that if each huge OSW project kills just one whale a year, then extinction of the 300 or so remaining North Atlantic Right Whales is assured within the projects’ stated 30 year life. 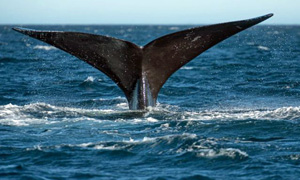 Not that these 70 ton whales will be chopped up like eagles, their bodies lying beneath the towers. Their deaths will be less obviously caused by OSW. Unlike the eagles, the “taking” of the whales will not have to be licensed, but it will still happen.