Posted by whatyareckon on September 3, 2022
Posted in: Uncategorized. Leave a comment

China doesn’t have to fire a shot to take over the West!

The California Air Resources Board (CARB) has issued a new rule, which if approved, will send America on a fast track to dependence upon Beijing for critical materials needed to build and power all new automobiles sold in the state by 2035, whether you want and can afford them or not.

Be advised to take this agenda very seriously. 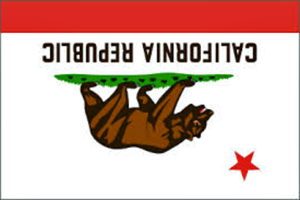 Unlike national regulatory mandates which fall under the purview of the US Congress subject to state elections, California—America’s largest auto market—has enormous economic clout over the auto industry regardless which party controls the federal government.

State officials say about 16% of cars sold in California today are electric, up from 12.4% last year.

If about a dozen other uber-liberal states follow their lead, California’s restrictions would apply to about a third of all vehicles sold in 2035.

In addition, the proposed CARB…