News Of NERC Is Not Good For Reliability

Posted by whatyareckon on June 15, 2022
Posted in: Uncategorized. Leave a comment

This also happening in Australia.

My last CFACT article pointed out that the North American Electric Reliability Corporation (NERC) mades and enforces the regulations governing grid reliability in America. The looming threat of numerous summer blackouts, which they just announced, is therefore their fault. They have obviously failed to maintain reliability, which is their specific mission. See my “Silence of the power engineers? NERC does nothing” at https://www.cfact.org/2022/06/02/silence-of-the-power-engineers-nerc-does-nothing/. 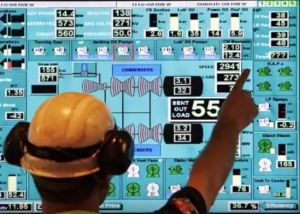 I have now done some digging into this mess and the news is not good. As NERC itself says, the blackout threat is at least partly due to utilities rapidly replacing coal fired power plants with wind and solar generators that are intrinsically unreliable. So I looked to see how their rules, which are called Reliability Standards, address this recklessness, if at all. Turns out the problems are deep.

I find it a questionable policy, that the American grid is regulated…