Does Facebook Have Different Rules For VIPs? Report Of Leaked Documents Suggest It Does

Posted by whatyareckon on September 14, 2021
Posted in: Uncategorized. Leave a comment

The surprise is that it didn’t happen much sooner!

Facebook reportedly has a specific set of elite users who don’t have to follow the same censorship rules applied to average users. 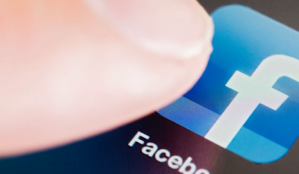 There’s a club of elites who don’t have to follow the same rules, and Facebook has reportedly hidden it until now. “A program known as XCheck has given millions of celebrities, politicians and other high-profile users special treatment, a privilege many abuse” reported The Wall Street Journal on Monday. The Journal suggested that XCheck “was initially intended as a quality-control measure for actions taken against high-profile accounts, including celebrities, politicians and journalists.” In practice, however, it reportedly “shields millions of VIP users from the company’s normal enforcement process.”

The report described some users as being “whitelisted” or “rendered immune from enforcement actions—while others are allowed to post rule-violating material pending Facebook employee reviews that often never come.”