I am really steamed up by this article. The politicians act as though the taxes collected by the Government are theirs to spend as they see fit! Well, it isn’t! I believe you too will be ‘steamed up’ after reading it. 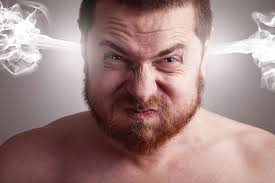 ‘An Australian investigative journalist who is a retired police detective said Tuesday he has been asked to provide the FBI with details about multiple allegations of mishandling millions of dollars contributed to the Clinton Foundation by the Aussie government.

“I have been asked to provide the FBI with further and better particulars about allegations regarding improper donations to the CF funded by Australian taxpayers,” Michael Smith told LifeZette.

Downer hit U.S. headlines recently when he was reported to have told the FBI of a May 2016 conversation he had with George Papadopoulos, then a campaign aide to President Donald Trump. Downer told U.S. law enforcement officials that Papadopoulos told him Russia had “dirt” on Hillary Clinton.

The New York Times claimed in its Dec. 30, 2017, story that the information Downer gave the FBI was a major factor in the bureau’s decision to investigate allegations of collusion between Russian interests and the Trump campaign. Papadopoulos pleaded guilty to lying to the FBI last year.

The materials Smith is giving the FBI focus on a 2006 memorandum of understanding between the Australian government and the Clinton Foundation’s Clinton HIV/AIDs Initiative (CHAI). Smith claims the foundation received a “$25M financial advantage dishonestly obtained by deception” as a result of actions by Bill Clinton and Downer, who was then Australia’s minister of foreign affairs.

Also included in the Smith materials are evidence he believes shows “corrupt October 2006 backdating of false tender advertisements purporting to advertise the availability of a $15 million contract to provide HIV/AIDS services in Papua New Guinea on behalf of the Australian government after an agreement was already in place to pay the Clinton Foundation and/or associates.”

A third complaint concerns what Smith describes as “the $10 million financial advantage dishonestly obtained by deception between April 1, 2008, and Sept. 25, 2008, at Washington, D.C., New York, New York, and Canberra Australia involving an MOU between the Australian government, the “Clinton Climate Initiative,” and the purported “Global Carbon Capture and Storage Institute Inc.”

A spokesman for the Clinton Foundation did not respond to LifeZette’s request for comment early Tuesday.’ https://www.lifezette.com/polizette/aussie-complaints-to-be-filed-with-fbi-on-clinton-foundations-dealing-down-under/